the true cost of DVDs

In an age where information can be shared digitally in seconds, the antiquated distribution of forensic interviews on DVDs is time-consuming, and costly.

In recent decades, recorded forensic interviews have become the standard means of collecting child testimonies—important evidence used in courts to determine if a child needs to be removed from her home if the alleged perpetrator will go to prison and if a parent retains or loses custody of their children. If not for the video, a child would be subjected to the re-traumatization of telling her story numerous times every step along the way.

Recorded videos have proven to be an effective practice for protecting a child from being further harmed by the system that is designed to help her. Unfortunately, most jurisdictions use outdated technology to manually hand off evidence in the form of DVDs or other portable storage devices. In an age where information can be shared digitally in seconds, this antiquated distribution system is time-consuming and costly. While the financial waste is significant, the potential for compromised safety and privacy of the child; the risk of evidence integrity integrity and admissibility, mistrial, or even exposure of the interview on the internet could be the greatest “expense.”

Natalie is in the 5th grade when she tells her teacher about some bad things her uncle did to her. Her teacher immediately reports the abuse and Natalie is sent to the local child advocacy center (CAC), where Natalie discloses sexual abuse. There, her testimony is recorded by a trained forensic interviewer. In Natalie’s district, protocol calls for the CAC to make a copy of the testimonies for anyone who needs to view the evidence: first law enforcement and child protective services, then the health professional who examines Natalie, attorneys, and judges in multiple courts.

DVDs cost more than you think

Sharing testimonies via DVDs is how Natalie’s district has done it for years. Everyone claims it’s easy and only costs $0.24 to make a copy. But the true costs are more than you may think—and Natalie is the one who could ultimately pay the highest price.

Think about the staff time spent making and sharing DVDs with each person who needs a copy. Then someone has to drive the DVD across town or send it via certified mail or courier. Natalie’s testimony could be accidentally sent to the wrong address, dropped in transit, or lost in an attorney’s office, all of which compromises her privacy and adds administrative time. And there’s all the paperwork done to track signatures acknowledging the highly sensitive evidence for each copy made. That’s a lot of administration and not much security.

To view the evidence, you have to track down a DVD player first—and most computers don’t come with a player anymore. DVDs are also difficult to review efficiently. Many players won’t easily rewind and fast forward, attorneys have to make manual notes and timestamps for key moments in the video, and teams have to outsource or manually make their own transcripts.

Given the recent rise in video evidence from police body cams, social media, and readily accessible cell phone cameras, each request for Natalie’s testimony takes the evidence unit weeks to fulfill. Multiple motions of continuance are filed because somebody didn’t receive a copy in time for a trial. Meanwhile, Natalie waits.

More crucially, hard copies are insecure and create more risk for Natalie, who has already been through too much. While state statutes apply special protections to these recordings, DVD copies are not monitored and can be easily mishandled by one or more of the recipients. The recording of Natalie’s account is placed on desks, carried around in briefcases, and stored in file cabinets accessible to everyone in the office. In a worst-case scenario, Natalie’s perpetrator may get a copy, and information could be used against her.

Worse yet, Natalie’s original recording is accidentally deleted from the server and law enforcement learns that their copy of the DVD is corrupt. Now the recording has to be done again and the case is at risk. Natalie has been considering recanting her story because certain members of her family don’t believe her. When asked to retell in detail the worst events of her life, she considers just saying it didn’t happen.

DVDs float around after a case has closed

Imagine all the places people might leave behind a copy of Natalie’s testimony. There are clerks, admins, and IT people associated with each party that has access to a DVD, each adding to the potential risk of Natalie’s most horrible memories being seen by someone who shouldn’t. Even after the case is closed, those DVDs don’t go away as they are rarely returned or destroyed. They may be forgotten in a file cabinet at a school, in a pile of paperwork in a home office, or sent to a dumpster for a stranger to stumble upon. We’ve even heard of a DVD being found in a snowbank on the side of the road! Thankfully, this doesn’t happen to Natalie.

Natalie deserves more from us

Many months after Natalie told her teacher about the abuse, her uncle is finally tried and found guilty. Natalie is in middle school by now and she still lives with the trauma of her abuse. But she’s safe; she has received counseling; she has a supportive family; and her abuser is in prison. This is a good outcome but we’ve all seen cases go worse than this.

But it shouldn’t have been so complicated or taken so long. It shouldn’t have cost so much. At any step along the way, Natalie’s testimony could have been misplaced or compromised and we’ll never know how many people potentially saw the video who shouldn’t have had access to it. Natalie deserves better from a system that’s been built to take care of her.

*Natalie’s name has been changed to protect her privacy.

building a better way with VidaNyx

Several child advocacy centers (CAC) saw the toll that “Natalie’s” process unnecessarily takes on children and workers within the system so they brought VidaNyx in to build a better way. By leveraging the latest technology, VidaNyx has created a software service that keeps evidence secure while giving every person within the system secure access within seconds.

Sarah’s case is similar to Natalie’s, and the exact same people and processes are involved. However, the CAC in Sarah’s district uses VidaNyx.

a simplified and streamlined process

Video files and other documents associated with the interview are uploaded within minutes after Sarah’s forensic interview is complete. Stored safely behind 13 layers of military-grade security, Sarah’s interview is now available—with the proper credentials—to view anywhere in the world.

In this district, the CAC is the custodian of record, so they grant permission to all parties who need to access the interview; at any time, the custodian can log into VidaNyx to grant access to a new party, or view a comprehensive tracking of every action taken on the video and its associated attachments.

notes, bookmarks, and transcripts are built in

Each authorized user can keep their own notes and bookmarks for easy reference and trial preparation, which can remain private or be shared with others. The forensic interviewer bookmarks a point of disclosure in Sarah’s video so the prosecutor, who must make a quick decision whether to prosecute or not, can quickly review the most crucial part of the video. The CPS worker downloads an unofficial, computer-generated transcript to accelerate the delivery of her report.

Through VidaNyx, video access is granted by the custodian, with an end date that the custodian presets. If the case runs longer than anticipated, the access date can be extended. And when the case closes, the interview can be securely archived and retrieved later if needed. VidaNyx uses the exact same technology as the U.S. government uses to protect its biggest state secrets. Don’t our kids deserve the same protection and care?

*Sarah’s name has been changed to protect her privacy. 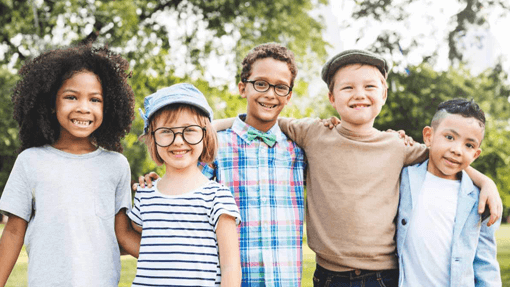