In pursuit of a better way to manage discovery, this Iowa County turned to VidaNyx 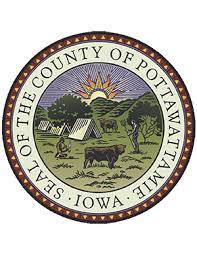 After taking office as the elected attorney of Pottawattamie County, Iowa, Matt Wilber inherited the consequences of an unfilled discovery obligation in a criminal case. Two months into his new role, a guilty verdict from a murder case tried in the 1970s was overturned because evidence had been withheld from the defense. Even though another attorney prosecuted the case decades before Wilber ran for County Attorney in 2002, he spent his first year managing the fallout from this legal oversight.

Fast forward to 2021, and Wilber still holds office and has prioritized discovery processes. Wilber’s staff has grown to 30 attorneys and legal assistants and they are feeling the weight of the growing volume of digital evidence across nearly all of their cases. Twenty years of technological advances have law enforcement agencies adding body-worn cameras to their protocols.

“Body cams, in particular, were a massive change for us,” said Wilber. “We’ve always had to deal with cruiser videos, but now we see things like Ring doorbells and cell phone videos, too. I can’t think of any case that we have of any size that doesn’t have some type of video evidence.”

For various reasons, videos are more cumbersome to manage than other types of evidence. In addition to being larger files, police body cams and security cameras often require proprietary players for viewing. These players must be packaged alongside the videos, and defense counsel often requires technical support from the prosecutor’s office to view them.

In the fall of 2021, Wilber was facing the need to hire one to two more assistants to manage the growing amount of discovery and the complexities associated with video. While this work had grown more complicated with pandemic restrictions, he realized that the workload would remain, and grow, even as restrictions were lifted.

In pursuit of a better way to manage discovery before making other hiring decisions, Wilber’s team engaged with VidaNyx, which already provided digital security and management for child forensic interviews at Project Harmony, the child advocacy center in neighboring Omaha.  Wilber was hopeful a solution existed.

“I had just finished serving a six-year term on their Board of Directors and know Project Harmony very well,” Wilber explained. “So when VidaNyx approached us, I was very excited.”

The Pottawattamie County team signed on for a test run of VidaNyx. Their primary concern was ease of use since a new system would change processes and workflow for nearly everyone in their office and law enforcement partners and defense attorneys across the state.

“It has to be easy for everyone,” said Wilber. “We have some who might be ‘digital dinosaurs’ that we have had to drag into the 21st century, much less the year 2022. Some of the attorneys that have been around a long time have been resistant to any new program, but they see how easy VidaNyx is.”

Jennifer Wallner, the Legal Assistant who leads the discovery process, championed and spearheaded the trial of VidaNyx. She paid close attention to its design. “I thought it was user-friendly, even for someone not super computer savvy. It’s very intuitive.” 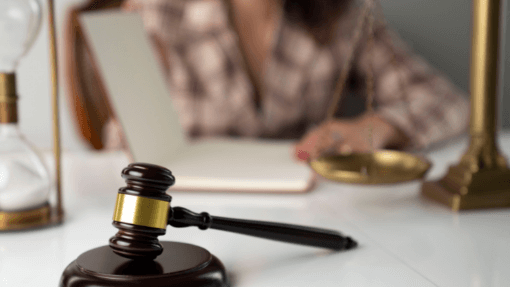 Equally important was the system’s reliability and ensuring that VidaNyx’s infrastructure upheld best practices for data security. While some might have concerns about evidence being stored in the cloud, using local servers or in-office storage rooms have considerable risks. Natural disasters and human error can result in permanent data loss. Additionally, many small and medium-sized organizations struggle to keep up with or cannot afford to apply best practices in data security. “I like that everything is stored not necessarily in-house and secured somewhere else,” Wallner said.

Their initial testing of VidaNyx proved that it would bring significant efficiencies to the discovery handling processes used by the Pottawattamie County Attorney team. The team previously spent many hours gathering evidence and proprietary video players in their prior manual operation.

“We were using DVDs, Blu-rays, and flash drives,” says Wallner. “Sometimes we would get emails from law enforcement with links to their cloud services for download. We’ve had people bring in external hard drives with evidence.” VidaNyx streamlined evidence intake by allowing investigative agencies to upload directly into the system. This feature drastically reduces the number of sources managed and the risk of missed or damaged evidence. Proprietary players are also preloaded into VidaNyx and automatically packaged with any required files.

These features have proven to be a significant time-saver as the office no longer has to help partners view files. “If there are troubleshooting issues, it’s not reliant on me to resolve,” says Wallner. “The Customer Success team at VidaNyx is great about helping our defense attorneys, as well as the prosecutors that need it.”

After the team compiled a case’s evidence, they would spend even more hours copying and loading it onto discs and portable hard drives for defense attorneys. “And every time a defendant changed a defense attorney, it had to be done all over again,” noted Wallner.

Their prior processes were a drain on staff time, and Wilber says a significant benefit of VidaNyx  is that legal assistants now have time for other critical duties of their jobs. Speaking about Wallner, Wilber laughs, “I’d like Jennifer to be able to use her brain, not just point, click, drag, wait.”

Sharing evidence with opposing counsel was accelerated and simplified with VidaNyx by giving the Pottawattamie County team the ability to grant defense attorneys access to the evidence within the system. With VidaNyx’s cloud-based infrastructure, no DVDs or hard drives are necessary. Access is immediate for defense attorneys, and access can be switched to others, or revoked, within seconds.

Beyond the intake and sharing of discovery between legal parties, VidaNyx also gives Wilber and his prosecutors new tools to support case management. When they anticipate negotiating a plea, Wilber notes the benefit of using VidaNyx’s video tags. They mark vital points in a video that support the deal offered, and these tags are accessible to defense counsel. This platform allows parties to share timestamps and notes.

For cases that go to trial, the automated transcripts help build the case and prepare witnesses for testimony. VidaNyx uses artificial intelligence to transcribe and apply closed captioning to audio files of all types, including jail phone calls, 911 calls, and interviews.

change for the better

“VidaNyx is saving a lot of time,” says Wilber, noting that time is money. “DVDs don’t cost a lot –  we’re saving a couple of grand a year in hard costs. But in terms of staff time, it is a massive change. It is saving at least one full-time employee, maybe two.”

Wilber and Wallner conducted an internal audit and estimated that the time spent on a case had reduced by an average of two hours since implementing VidaNyx. “Not having to hire additional staff members is big,” says Wilber.

The transition to VidaNyx in Pottawattamie County has accelerated justice for its population of about 94,000 people. “It’s not just our time that we are saving,” says Wilber. “We’re also saving [the time of] law enforcement and defense attorneys.”  Wilber values saving resources across the county. “It allows us to get to what the cases should be about,” he says. “We can fight about what we need to fight about and not just fight about logistical problems.”