when every child deserves every effort

Deep in the heart of Texas, a seamless transition to VidaNyx evidence means that now more children’s stories are protected

Realizing the risk of obsolete DVDs, a test committee led the charge for change

Dallas Children’s Advocacy Center serves the ninth largest county in the United States therefore they work with 37 partner agencies in their Multi-Disciplinary Team (MDT). Nearly every one of those partners began a transition to VidaNyx in the summer of 2020. “We had a pretty seamless transition,” says Carrie Paschall, Chief Investigative and Support Service Officer.

She credits the transition to shared values, good planning, an all-in test committee, and above all the simplicity of VidaNyx. “Our staff and partners did really well with the transition; VidaNyx is just so easy to navigate and intuitive to figure out,” she says, adding that most users could learn it on their own instead of needing outside assistance.

Carrie was initially worried that folks might not want to try something new. But when she explained they would be moving to VidaNyx because DVDs created unnecessary risks, everyone knew it was the best way to protect children. “Keeping the child first in all we do is a shared value of our MDT and with that in mind, law enforcement worked with us to write VidaNyx into our investigative protocols. Our defense attorneys have been really happy with VidaNyx because it’s more timely and convenient. And our prosecutors like VidaNyx because of the chain of custody log,” she says.

By and large, Carrie no longer worries about the risk of losing video evidence with VidaNyx. But when DVDs were used, child testimonies had been deleted in error several times. According to Texas state law, Dallas CAC only keeps video testimonies on their server temporarily. Previously a DVD would be burned after each interview and given to the detective, at which time law enforcement becomes the custodian of record. In the past, they had experienced late discoveries of DVDs with corrupted files. By then, the original videos had been deleted from the server. 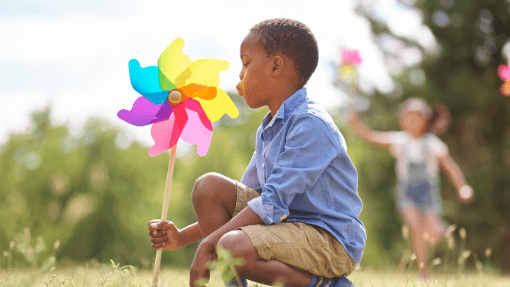 Carrie sighs saying, “At that point, we have to weigh the summary and the kid’s disclosure-which is gone forever-and ask ourselves if we can write an affidavit again. The prosecutor has to get involved. Then you have to call the family and say, ‘I know your child came in and told us the worst thing that happened to them but we don’t have that recording.’”

“Once we learned about VidaNyx, we knew it could better protect this key evidence.” So now they VidaNyx evidence so these sensitive testimonies are uploaded and shared immediately to strictly authorized hands only.

In fact, there’s a peace of mind Dallas Children’s Advocacy Center has now that child testimonies are only accessible to those who have been given permission. When asked if DVDs had ever gone missing, Carrie says, “I don’t know of any DVDs that were put on the internet, but did we have them go missing and we don’t know where they ended up? Did they get put into a detective’s file who then left the department? Are there DVDs in our county unaccounted for? Unfortunately, yes.” Now the entire MDT can breathe easier knowing that testimonies are safely and securely stored behind a wall of protection that uses military-grade security.

“We thought we had a good process, but once we learned there was a way to better mitigate these potential risks, it’s so completely worth the change,” Carrie says, adding that because of the time saved and security gained, she believes they are coming out ahead.